"Never close your lips to those whom you have already opened your heart." 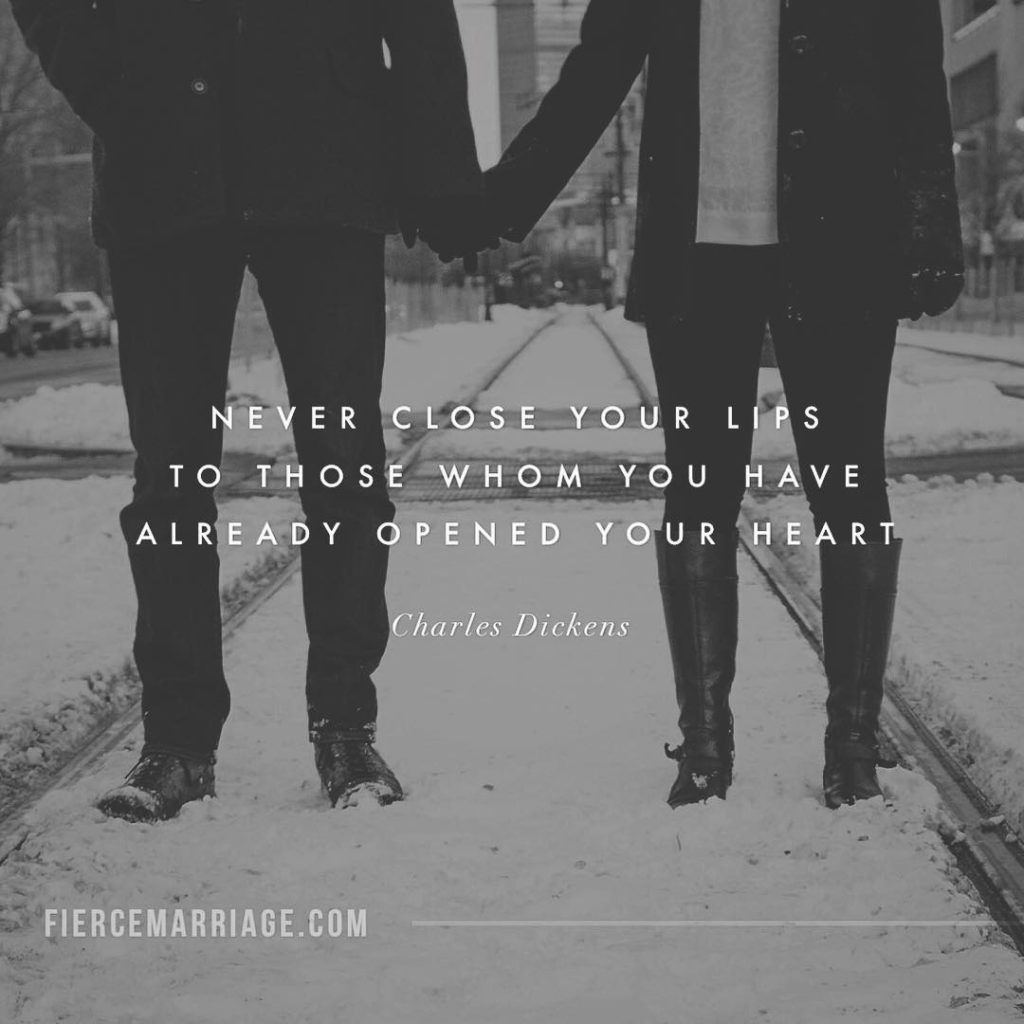